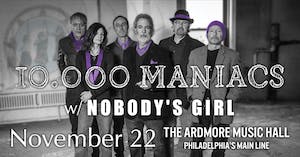 Looking for tickets? Need to sell tickets? LYTE is the Official Fan-to-Fan Ticket Exchange for Ardmore Music Hall & Eventbrite and the only way to 100% safely buy and sell tickets to this SOLD OUT event! 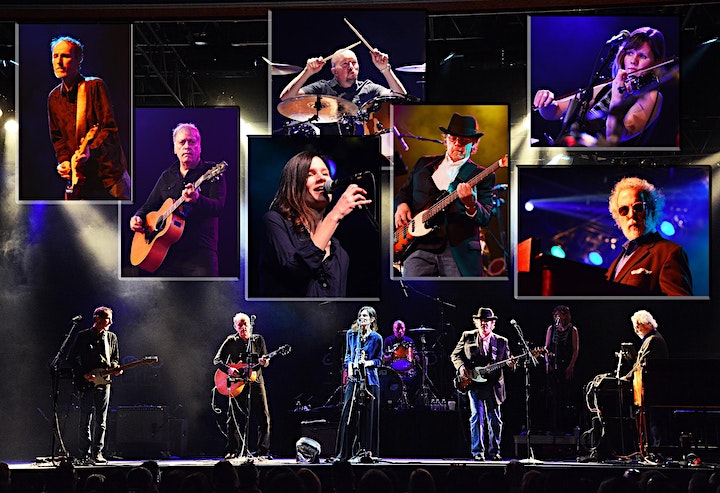 10,000 Maniacs has a lot in common with Jamestown, New York, the city that spawned them back in 1981. Both are honest and hardworking, a step outside the mainstream, and both possess a bit of magic. “It’s a city of blue-collar poetry,” says keyboardist Dennis Drew. “And that’s what we’re about, real-life stories. We’re a family, we do real work and we keep moving forward.”

The band has covered plenty of ground in its 35-plus years, from cult-herodom to international stardom, to their current status as a cornerstone alternative band. But the sound and spirit of 10,000 Maniacs remains consistent. The live shows embrace their entire catalogue, and the lineup is still anchored by four of the six original members. Drew and bassist Steven Gustafson cofounded the band in 1981, drummer Jerry Augustyniak came along shortly afterward, and founding guitarist/singer John Lombardo, who’d never completely left the picture, was welcomed back fulltime in 2015. And the two “new” members have long been part of the family: Mary Ramsey toured and recorded with the Maniacs as a viola player and backup singer before stepping into the front woman’s role 24 years ago. And the new guy Jeff Erickson, the lead guitarist for a mere 17 years, came in at the behest of his friend and mentor, the late Rob Buck.

The band was proudly eclectic from the start, making trademarks of wide-ranging music and poetic lyrics. The tribal-sounding “My Mother the War,” one of their most aggressive early tracks, hit college radio and briefly scraped the UK charts in 1984. Signed to Elektra the following year, the band worked with legendary producer Joe Boyd on The Wishing Chair and embraced its love of British folk-rock, a sound they’d return to over the years.

Yet the more direct approach proved the charm, as the band played to ever-growing audiences (including a memorable tour with R.E.M.) and began writing its most enduring material. The late ‘80s/early ‘90s found the band delivering a remarkable string of albums—1987’s In My Tribe and 1989’s Blind Man’s Zoo, both produced by the legendary Peter Asher, and 1992’s Our Time in Eden, produced by Paul Fox. From these albums came the hits “Like the Weather,” “What’s the Matter Here?”, “Trouble Me,” “These Are Days,” and “Candy Everybody Wants”—all among the more thoughtful and beautifully crafted singles of their time.

Founding singer Natalie Merchant went solo in 1993. “We love Natalie, we love her and the time we spent with her was very special,” says Drew today. Meanwhile founding member John Lombardo had also split the lineup and had formed a new duo, John & Mary. When 10,000 Maniacs toured in 1991 behind the Hope Chest album (a reissue of their earliest EP’s), it made sense for Lombardo to temporarily rejoin, and to bring his new musical partner along.

Ramsey proved a perfect fit and added her voice and strings to the later part of the Natalie era, including the MTV Unplugged show that spawned their hit cover of the Patti Smith/Bruce Springsteen song “Because the Night.” So when Merchant gave her notice, there was little question of who would step in. “The style of music came very naturally to me,” Ramsey says. “I had that familiarity with the band, and I’m from Fredonia, in the same part of western New York.”

The new lineup debuted on 1997’s Love Among the Ruins, a well-received album that included their gorgeous cover of Roxy Music’s “More Than This”—a productive era that also produced a strong follow up album two years later, The Earth Pressed Flat.

But the band was dealt a blow the following year with the death of Rob Buck. An innovative player and a good friend, Buck had also been an inspiration to guitar players in his hometown. “He was someone who loved music,” Drew recalls. “He’d grab his guitar, get in his car and jump onstage with bands, long as they were playing original music. He proved to all the guitar players in town—Yes, you can do this! And Jeff was one of those guys who learned at the foot of the Buddah.”

Erickson had already toured with the band as Buck’s guitar tech, so he knew all the secret tunings and had an intuitive feel for the material. Still, Buck’s death created a period of uncertainty as 10,000 Maniacs went to part-time status for a while.

The band was fully rededicated with 2011’s Music From the Motion Picture, its first studio album in 14 years. It was their first release that was fully crowd-funded and it was proof that the magic still worked.

A number of fan-friendly projects followed, including 2015’s Twice Told Tales, a full album of their arrangements of English traditional material. The album originally grew out of an onstage interlude where Ramsey would perform a traditional fiddle tune (fortuitously called “Lady Mary Ramsey”) between songs; Lombardo then stepped in and suggested a few of his own favorite songs. Their second fully crowd-funded effort, it also reconnected the band with its audience. “Not all of us are social-media savvy, but our former manager walked us through the process and it really worked for us,” says Gustafson.

Recent years have only brought the band members closer together, once again with a strong six-piece lineup. Current plans call for another studio album in the near future. “Nobody is demanding that we write hits, so in some ways it’s back to the beginning,” Gustafson says. “We have the luxury of having gone through another 35 years and gone through our sad and happy times together.” Adds Drew, “Musical ideas have never been a problem for us. We know what a gift it is to be able to do this. And we know from doing shows with the Grateful Dead that it’s really about going onstage every night and playing as well as you can.”

“There is always a magic that happens when people hear this music,” Ramsey says. “People want to be put under a spell, and we can help them escape the reality of every day. And,” she laughs, “We can give them an escape that’s drug and calorie free.” 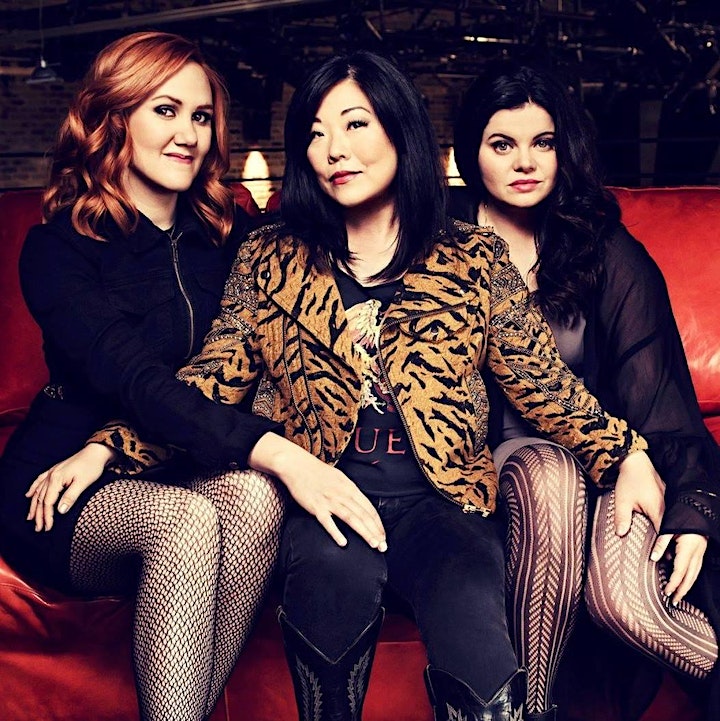 Hailing from Texas, Alabama, and Georgia respectively, now neighbors in Austin, BettySoo, Grace Pettis, and Rebecca Loebe are bewitching audiences with sumptuous harmonies and unforgettable songwriting. Friends now for a decade, they first met at the legendary Kerrville Folk Festival, each winners of the annual “New Folk” award. Luscious harmony singers, effortless instrumentalists, seasoned touring artists – they recognized what each can accomplish individually could be made all the stronger by collaboration. Now, the spark has been set, the fire lit. Their individual and collective fans are eating it up. A video of “Fast Car” garnered twenty-thousand views on Facebook within days of posting. The harmonies are thrilling; echoes of Emmylou Harris, Dolly Parton and Linda Ronstadt’s Trio recordings. The songs are powerful and spare. The stage presence confident and assured. Their collabortion has resulted in their forthcoming EP Waterline under the band name NOBODY's GIRL to be released in the fall on the Lucky Hound label. Currently on their Sirens of South Austin Tour throughout the Northeast and South from March through May which includes venue, festival and house concert dates, Rebecca Loebe, Grace Pettis and BettySoo will be sharing songs from their individual solo albums, a few special covers, as well as originals from their newly recorded EP.