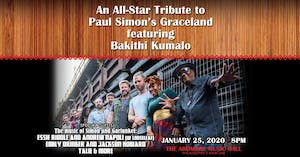 The music of Simon and Garfunkel: Essie Riddle and Andrew Napoli (of Looseleaf), Emily Drinker, & more 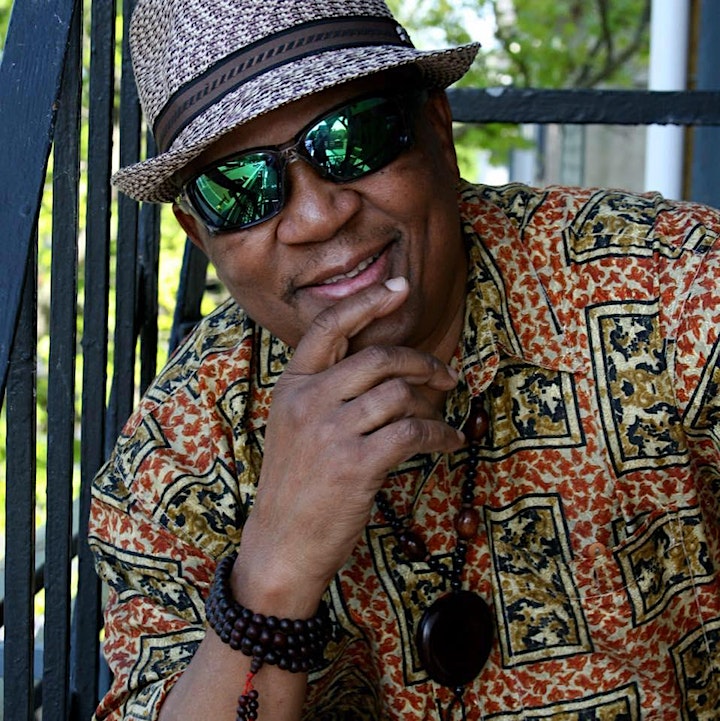 Bakithi Kumalo's musical career has been characterized by a series of serendipitous events, ranging from his debut gig as a precocious seven-year-old filling in for the bassist in his uncle's band to his enlistment into Paul Simon's group during the recording sessions of the pop star's landmark Graceland album in 1985.

"Growing up amidst traditional African music and listening to popular American music on the radio, Bakithi fuses these elements with intuitive rhythmic and harmonic complexity. He exudes worldliness with his playing, seamlessly jumping from African rhythms to Latin feels, bossa nova grooves, odd time signatures, and American pop, jazz, and soul." - Bass Players to Know: Bakithi Kumalo by Ryan Madora 6.6.14

“(Paul) Simon is extremely articulate in describing both the writing of the lyrics and their synchronization with the bass (played by Kumalo), which, given the music’s light skipping beat of South African mbaqanga, proved to be more a more reliable foundation than the drums.” - The New York Times Movie* Review 2012

*‘Under African Skies’ (documentary about the Paul Simon Album ‘Graceland’)

Kumalo's bass-playing history began in Soweto where he grew up surrounded by music. His mother sang in a church choir and his uncle, a saxophone player, was always at his house rehearsing his band. "Every weekend, everyone would be at my house singing and playing all day," Kumalo says. "Plus there were bands on every block of my neighborhood. So, music surrounded me. There was traditional African rhythmic music as well as a cappella vocal groups. I picked up the bass early and realized I could follow the groove of a tune with it. I could play the bass lines from a cappella music, and I learned how to develop lines based on the left-hand work of accordion players in the township bands."

However, it was an 18-month road trip with his uncle's band to Zululand when he was 14 that helped to solidify his bass voice. The band gigged as well as played at schools and hospitals, but got stranded there. During that downtime, Kumalo had a dream where he saw someone playing, using his thumb in a particular way. That set him on the path of bass discovery.

Kumalo says it wasn't until later that he heard the fretless sound by people like Stanley Clarke, Marcus Miller and Victor Bailey. "And, of course, there was Jaco Pastorius," he says. "I heard him, and I thought, hey, that's like me."

While Kumalo became a professional at an early age in his uncle's band, life in apartheid South Africa posed many challenges; so many, in fact, that Kumalo began to look for work outside the music field. However, a producer friend introduced him to Simon, whose music he was largely unfamiliar with. Despite his nervousness in meeting the American pop star in a studio setting, Kumalo says Simon immediately gravitated to his bass style. Kumalo's work on Graceland opened the doors for him to pursue other avenues, including recordings with Herbie Hancock, Randy Brecker and Cyndi Lauper.