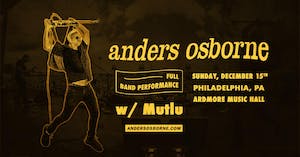 Rich and glorious…Osborne possesses a voice that rises out of the darkness to the light of a soulful, tremulous wail. He is a consummate showman and shaman, bending successive moments to suit his majestic purposes. Osborne seeks an epic quality to much of his music, crafting layer upon layer of hugely scaled soundscapes.…never lazily derivative…every slashing guitar figure, every cry of a lyric, seems to come from an authentic place.

Between the potency of his richly detailed songwriting, his intensely emotional, soulful vocals and his piercing, expert guitar work, New Orleans’ Anders Osborne is a true musical treasure. He is among the most original and visionary musicians writing and performing today. Guitar Player calls him “the poet laureate of Louisiana’s fertile roots music scene.” New Orleans' Gambit Weekly recently honored Osborne as the Entertainer Of The Year. OffBeat named him the Crescent City’s Best Guitarist for the third year in a row, and the Best Songwriter for the second straight year. Osborne also won Song Of The Year for his composition, Louisiana Gold.

Osborne has earned hordes of new fans. He has toured virtually non-stop, either with his own band, as a solo artist, or as a guest with his countless musical admirers, including Toots and The Maytals, Stanton Moore, Derek Trucks, Warren Haynes, Keb Mo, The Grateful Dead’s Phil Lesh and Karl Denson’s Tiny Universe. He’s produced and played on critically acclaimed albums by Tab Benoit, Johnny Sansone and Mike Zito.

Since his recording debut in 1989, Osborne has written virtually all of his own material and contributed memorable songs to a wide variety of artists. Two tunes co-written by Osborne appear on Keb Mo’s Grammy-winning 1999 release Slow Down. Country superstar Tim McGraw scored a #1 hit with Anders’ song Watch The Wind Blow By. Osborne’s compositions have been covered by artists as diverse as Brad Paisley, Tab Benoit, Jonny Lang and Kim Carnes. His songs have appeared in multiple feature films. He can also be seen performing in an episode of HBO’s New Orleans-based drama, Treme. 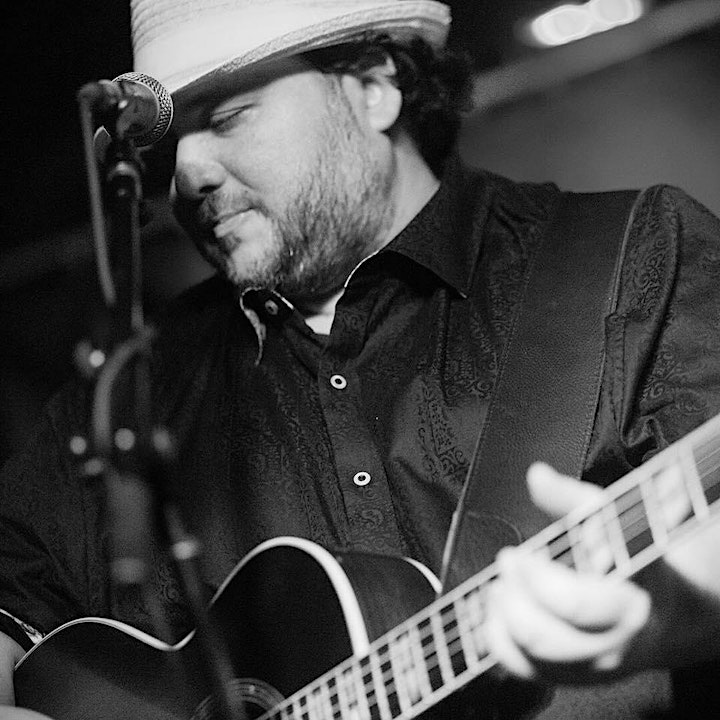 Mutlu is a soulful, singer-songwriter. A Philadelphia native and first-generation American of Turkish descent, Mutlu has already built a substantial fan base in his hometown, while winning widespread praise for his prior releases.

He's collaborated and toured extensively as a support act with legendary duo Daryl Hall & John Oates and holds the distinction of having made the most guest appearances on Daryl Hall's acclaimed, award-winning TV/Internet show "Live From Daryl's House". He's also gained considerable attention for his work with noted singer-songwriter Amos Lee, with whom he's toured extensively as a support act and backup vocalist. He was the support act for the North American leg of Joe Jackson's acclaimed "Rain" tour and has shared stages with the likes of Adele, Katy Perry, John Hiatt, Leon Russell, the Blind Boys of Alabama, Todd Rundgren, Shuggie Otis, & many more.

Born Mutlu Onaral, he grew up steeped in Philadelphia's deep R&B traditions, eagerly absorbing the fundamentals of old-school soul music and incorporating it into his own musical persona. His local success led to a recording deal with Manhattan/EMI Records, which released his acclaimed 2008 debut album Livin' It, produced by the late, great T-Bone Wolk, and featuring guest appearances by Daryl Hall, Amos Lee, G. Love and Raheem DeVaughn. His latest release is the Hypnotize EP which he co-produced with songwriter/producer Darius Amendolia.