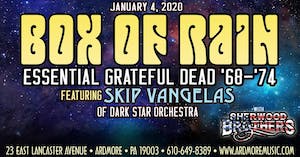 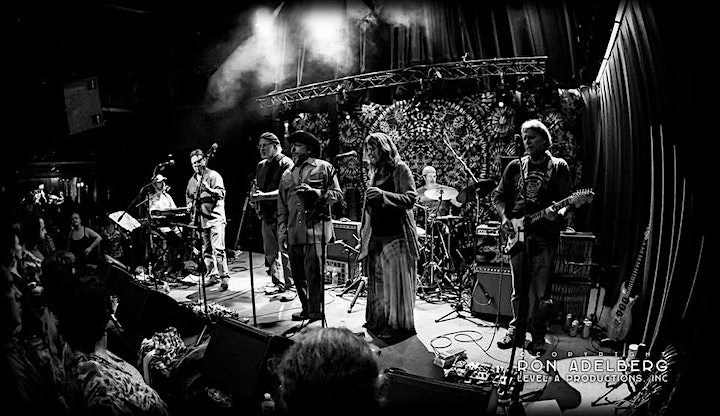 Box of Rain is the classic six piece that pays tribute to the most prolific and formative period of the Grateful Dead, 1968-74. Featuring an all-star lineup with former members of Dark Star Orchestra, Living Earth, Boris Garcia, Zen Tricksters, and Dead On Live, Box of Rain channels the sound and magic that could only have emerged from that special time. And what a time it was! The Dead were at the height of both their songwriting and improvisational prowess.

Box of Rain Features an extended Pig Pen presence, one very swingin’ drummer, and the most coherent and visceral space and improvisations that capture the legendary 5-6 hour Grateful Dead performances.

Experienced in their craft, the Sherwood Brothers are a 6-piece band from Philadelphia that have enjoyed decades of music and performing experience. Darryl Sherwood (lead vocals, guitar, and banjo) leads the band with his brother Dennis (guitar and vocals) and “honorary brother” Neal Petti (guitars, mandolin, vocals). The band is rounded out by Shelley Beard-Santore (violin), Ed Paone (acoustic bass), and Paul Bagnell (drums).

Heavily influenced by the Unplugged movement of the late 80s and early 90s, the Sherwood Brothers perform stripped-down, in-your-face music in it’s purest form. Their live performances showcase energetic, heartfelt originals and acoustic interpretations of rock-n-roll classics. “Our setlist includes songs that we love, songs that have inspired us along the way, everything from Johnny Cash and Willie Nelson to Bruce Springsteen and Dave Matthews. We’re connected to many of these songs, as musicians, and they to help us tell our story.” The result is a deeply, personal, passionate, high energy show that can’t be missed!