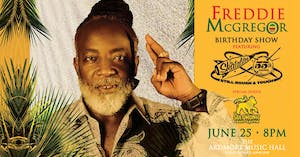 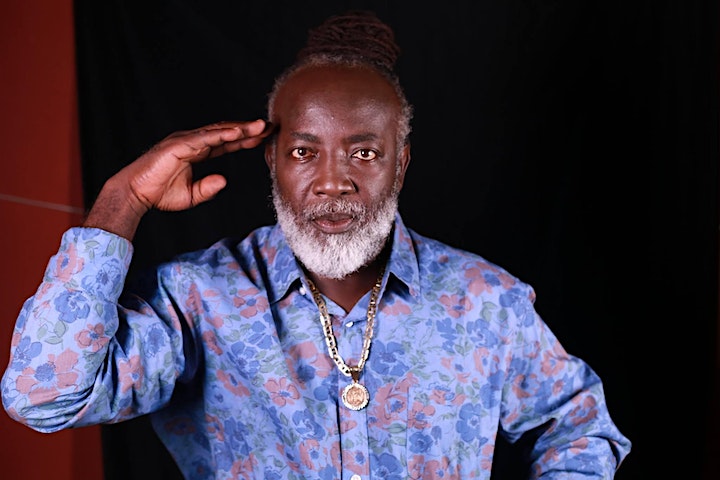 Internationally acclaimed, Grammy-nominated singer, Freddie McGregor, O.D., has not only made significant contributions to Reggae music since inception, but, has also helped to shape it with his conscious lyrics and Philly-Soul style for over 50 years. Equally adept as a romantic crooner or as an emissary of strong cultural messaging, his undeniable vocal ability boasts hits like Push Come to Shove, Africa Here I Come, I Was Born A Winner, Guantanamera, his signature Big Ship, Lock Dem’ Down and Bangarang (both chart topping hits from album “Comin' in Tough”) and American soul classics like, Just Don't Want to Be Lonely (by Main Ingredient) and Can I Change My Mind (by Tyrone Davis). Today Freddie celebrates the release of a new single True to My Roots with his album entitled “True to My Roots” scheduled for release in May 2016.

With profound natural talent Freddie was influenced by legends Stevie Wonder, Bob Marley, Alton Ellis, Ken Boothe, Bob Andy and many others. Finessing his craft with early tracks like Why Did You Do It and Do Good and Good Will Follow You and developing his brand through the mid-sixties, he teamed up with Ernest "Fitzroy" Wilson to form the duo Freddie and Fitzroy that later evolved into The Clarendonians recording for Coxone Dodd’s Studio One label. In 1975, Freddie's musical and lyrical content changed with a strong slant towards social consciousness with tunes like Mark of the Beast, I Am A Rasta and reggae classic Bobby Babylon. He released his long awaited album “Mr. McGregor” in 1977, which contained reggae mainstays such as Zion Chant, Rastaman Chant and Walls of Jericho marking a major milestone in his stellar career and paving the way for his 1981 single Big Ship, one of reggae's biggest hits.

In 1989, Freddie launched his own label entitled, Big Ship, featuring “Jamaica Classics: Volume One” as the first major release, which included popular tunes like Little Roy's Prophecy and The Loser (by Derrick Harriot). Today, Big Ship is the most recognized Reggae label in Japan handling its own production, manufacturing, distribution and promotions while having produced several reggae artists including General Degree, Cutty Ranks, Mikey Spice, Benjy Myaz and Freddie’s daughter, Yeshemabeth. His album entitled Anything For You featuring the songs Uncle Sam, I See It In You and Anything for You, was nominated for a Grammy in 2002. Video productions include the historic Super Stars Extravaganza DVD, highlighting rare concert footage from the 1989 Denbigh Show Ground with live performances by such greats like Dennis Brown, Gregory Isaacs, Cocoa Tea, Barrington Levy, Frankie Paul, Carlene Davis and the legendary Tamlins.

Over the years, Freddie has consistently “given back” to the community: he produces Rock Steady Meets Reggae, which promotes unity within the Reggae fraternity and Reggae by the Lake, an event that promotes familial bonding along with popular Caribbean musical acts. In 2010, he designed and donated a decorative mask for the Education Africa Gala silent auction (others designers included Sting, Paris Hilton, Simon Cowell and Sir Bob Geldof) to support access to education.

Always ready to perform, Freddie continues to please his fans throughout the world. He has completed over 30 albums to date and headlined international concerts and venues including Poland's Blue Note, Japan's Jumping Splash, Reggae Sunsplash (Clapham Common), the Cartegena Festival (Colombia), Midem (France), the Jamaican Expo (performing for Nelson Mandela and Prince Charles), the London Hammersmith Apollo performing with John Holt and the Royal Philharmonic Orchestra, the Annual Caribbean Tourism Week (NYC), Reichold Center for the Performing Arts (USVI) and many others. A strong advocate for the protection and promotion of the music industry, his credited accolades/titles include serving as Chairman of the Jamaica Reggae Industry Board, receiving both the prestigious Jamaican Order of Distinction (2003) and a Sumfest Award for his contributions to Jamaican music and culture. 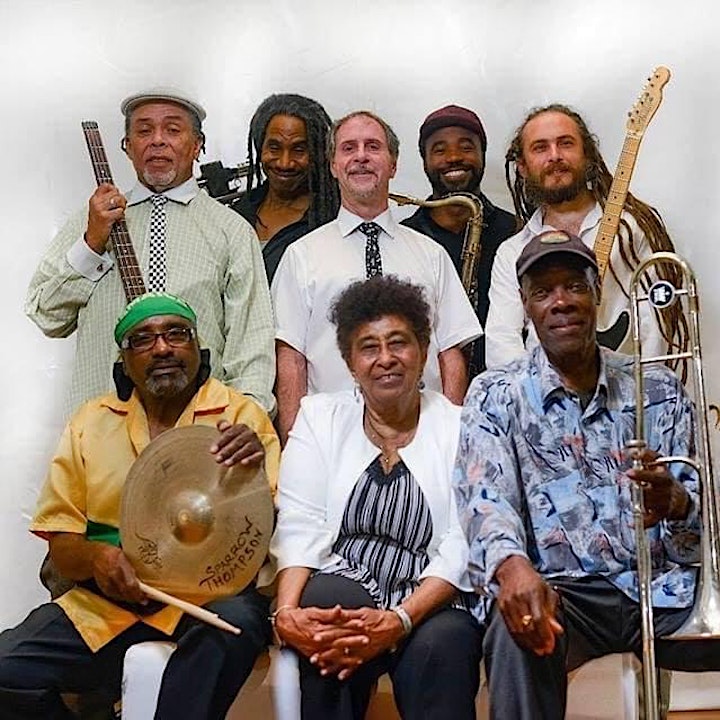 The Skatalites began performing in Jamaica in May 1964. The group was so hot that their first rehearsal became a show. So many people had lined up outside the venue, they decided to just charge admission and let everybody in! They were the top musicians on the island at the time, having come together after playing in different bands and on various recording sessions. These records were made to be played at the many competing sound systems around the island. The band became legendary, backing all the developing artists of the day, such as Toots and The Maytals, Prince Buster and "The Wailing Wailers" featuring Bob Marley, Peter Tosh and Bunny Wailer. These groups were all recording on the new beat called ska, which had an infectious rhythm that was catching on like wildfire. Eventually, the beat slowed down into rocksteady, and then reggae. This wildfire spread unstoppably around the world, developing into a huge musical tree with many stylistic branches, including lovers rock, dub, dancehall/raggae, ska-punk, and others. Hugely popular groups like The Police, The Clash, The Specials, The English Beat, Sublime, and No Doubt all have their roots firmly planted in the music of The Skatalites.

Since reforming after an almost 20 year hiatus in 1983, and beginning regular touring as a unit in 1989, they have not stopped thrilling audiences in every corner of the globe. Even after 48 years, and various lineup changes as members leave one stage for another, the band continues to perform and record new music in the inimitable Jamaican style, like only they can. The road has been long and hard, and sadly, seen most of the original members pass on. Often asked "When will you stop?" and "How do you keep doing it after all these years?", the answer is simple: Never. It's the love of the music and the way our fans respond that keep us going forward!

Featuring original alto sax man Lester "Ska" Sterling and vocalist Doreen Shaffer, along with the current lineup of outstanding musicians they have chosen to accompany them, the band proudly presents live the music of Jamaican Ska.