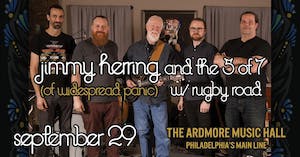 Jimmy Herring and The 5 of 7 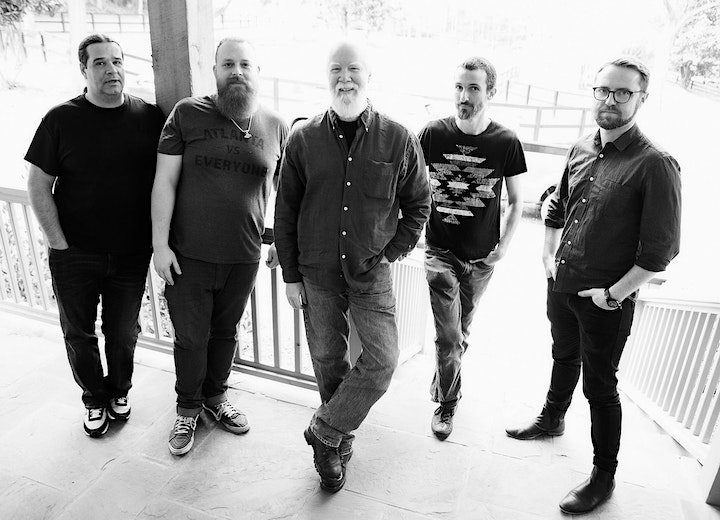 Guitarist Jimmy Herring is no stranger to adventurous new environs: The North Carolina native has fearlessly honed his now-formidable technique via stints with some of the giants of improvised music -- from his earliest days in the van with Col. Bruce Hampton and the Aquarium Rescue Unit to high profile gigs with the Allman Brothers, The Dead, Project Z, Phil Lesh and Friends, and his ongoing role as lead guitarist in Widespread Panic. He recently collaborated with iconic guitarist John McLaughlin when Herring’s band The Invisible Whip joined McLaughlin’s 4th Dimension for an acclaimed run of shows celebrating the legacy of the Mahavishnu Orchestra. This fall, Herring unleashes his latest visionary concept upon the world: Jimmy Herring and The 5 of 7.

While the Invisible Whip focused on the instrumental side of Herring’s musical persona, the newly assembled The 5 of 7 places his uniquely probing, responsive fretwork in the context of a vocalist-fronted, song-driven ensemble. At once accessible and provocative, The 5 of 7 finds Herring joined by bassist Kevin Scott, drummer Darren Stanley, longtime collaborator Matt Slocum on keyboards (Hammond B3, clavinet), and vocalist and guitarist Rick Lollar. “Rick, Matt, and Kevin had a band together called King Baby,” explains Herring from his home in Atlanta, “and I heard their record...I couldn’t help but think, man, if I could get together, play some of Rick’s songs, some of my songs, some covers, and maybe write a few things together, we may be on to something…”

“In addition to being a fine guitar player, Rick is a really powerful singer,” Herring continues. “Some of his favorite singers are Donny Hathaway and Stevie Wonder, and those are some of my favorites, too.” Supporting Lollar’s soulful vocals, Herring, Scott, Slocum, and Stanley provide a roiling sonic undercurrent drawing from all walks of their respective musical journeys -- with one common thread: “We all have the Atlanta, Col. Bruce Hampton connection with each other,” Herring says, acknowledging their shared roots in Hampton’s spontaneous, dynamic, and challenging groups. “That’s important to me because it’s such a different thing -- if you’ve been through that school, you want to play with people who have been through that too...you understand how to think on your feet and exist in the moment.”

From fatback, roadhouse R&B to more expansive, jazz-inflected explorations, The 5 of 7 demonstrates Herrings chops not just as a musician, but as a bandleader and catalyst. The novel vocal element is just one more texture at his disposal. “With instrumental music,” he reflects, “people expect to hear your solos, but they’ve just heard you play the melody! You can overexpose your voice. With Rick, I can play behind him, then step out with a solo, and give a fresh feeling to the song -- take it to another place.”

Setting out on the road this September, Jimmy Herring is typically modest when describing what audiences can expect from The 5 of 7: “There’ll be vocals, there’ll be instrumentals. There will be funk and rock and roll, with some songs leaning towards more sophisticated harmony...but, to me, it’s just music.” 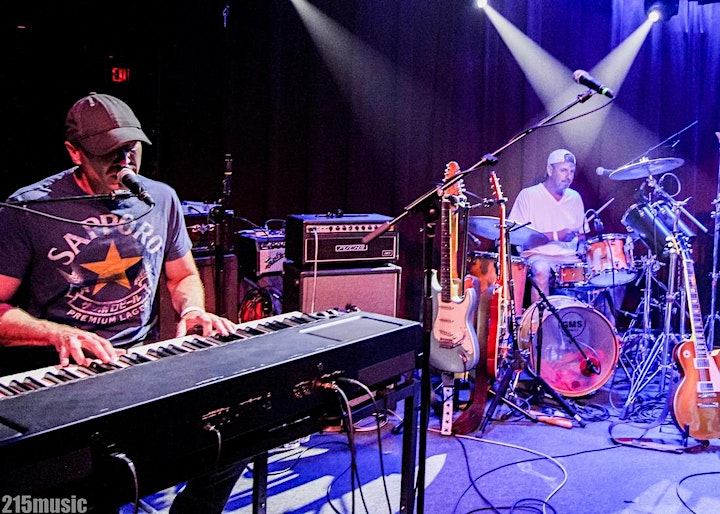 We’ve been around since before Nevermind, before there was an Achtung Baby, and even before Use Your Illusion 1 AND 2. Its been over 25 years since we started this juggernaut and we are thrilled to still be doing it.

We are extremely proud to release Rugby Road III – all new music by the same three guys that have been at it (together) for almost three decades. If you are late to the party, Rugby Road is Kenny Kearns (vocals, keyboards, bass, guitar, etc.), Rich Pruett (drums, percussion and vocals), and Derek Smith (“Smalls”) on guitars and vocals.

We’ve been lucky enough to have shared the bill with some of our heroes, including The Allman Brothers Band, Phish, Maceo Parker, Bill Kreutzmann and Peter Freaking Frampton.