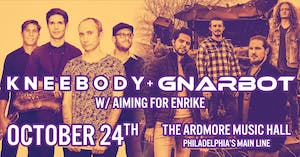 Kneebody’s sound is explosive rock energy paralleled with high-level nuanced chamber ensemble playing, with highly wrought compositions that are balanced with adventurous no-holds-barred improvising. The band performs the feat of creating music that’s both musicians’ music and music for the people. They have the ability to create the feeling of a rock band with the subtle language of jazz. Their sound makes them one of the most engaging bands on the circuit with its edginess, intensity, and massive energy, tempered by respect and spirit accented by superb musicianship and virtuosity.

A band with a long history, a deep mutual respect, and a dedicated fanbase, Kneebody marks a new beginning with their Fall 2019 Edition Records release, Chapters – a new lineup, a new label, and a renewed commitment to continue discovering new pathways of musical expression. Chapters is Kneebody’s 7th album and their first full album since they became a four piece with the extraordinary Nate Wood taking the simultaneous roles of drummer and bassist. Keyboardist Adam Benjamin, trumpeter Shane Endsley, and saxophonist Ben Wendel complete this leaderless band – or rather, each member is the leader; they’ve developed their own musical language, inventing a unique cueing system that allows them each to change the tempo, key, style, and more in an instant.

Never complacent and never predictable, Kneebody is one of the most adventurous and exciting bands of their generation for their sheer virtuosity and musicianship, armed with a clarity of vision and understanding of who their audiences are. A powerhouse of firepower and virtuosity told with commanding musical intent. Held together with their trademark sound of displaced beats, infectious riffs and haunting unison horns blended with compelling affected solos, a musical confidence and a sublime musical language, Chapters is one of Kneebody’s most spirited and accomplished albums to date. 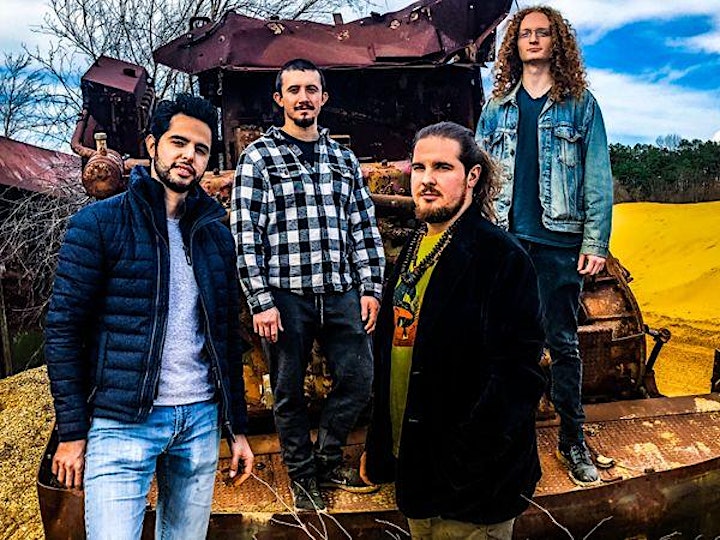 Years in the making, Gnarbot is a project that draws from a broad sonic palette to create a unique blend of sounds inspired by modern artists like Animals as Leaders, The Donny McCaslin Quartet, and Flying Lotus as well as classics like The Mahavishnu Orchestra, Herbie Hancock, and King Crimson. Still in their 20's, members of the band have attained great experience in the music world: tours with Jon Anderson of Yes and John Wetton of King Crimson/UK, bills shared with Parliament Funkadelic, Lettuce, Project Object, Papadosio, Squarepusher and Mark Guiliana, and endorsements by major companies such as Meinl Cymbals and DigiTech. As a new band on the scene, Gnarbot endeavors to push boundaries, turn heads, and offer a fresh and energetic musical perspective.