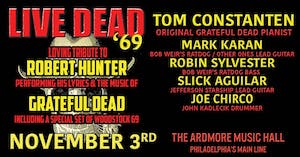 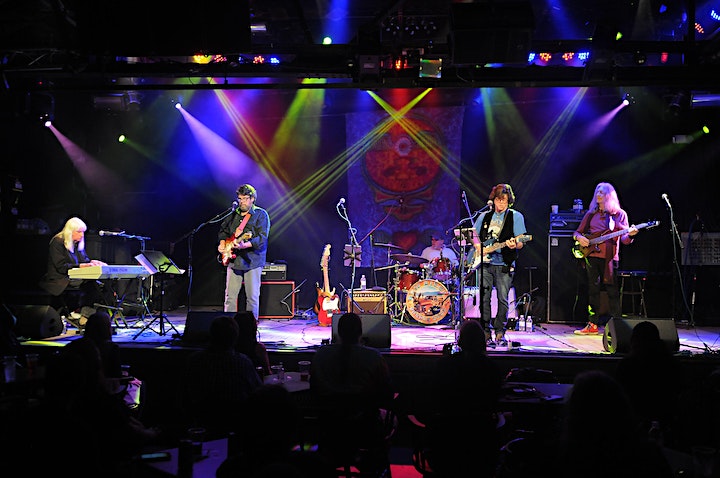 “We went on 10:30P,” TOM recalls … “following MOUNTAIN. CREEDENCE (CLEARWATER REVIVAL) followed us. It was incredible.”

Tom Constanten, original Grateful Dead pianist who played all the keyboards on the “Live Dead” recording, inducted into The Rock & Roll Hall of Fame in 1995 and was essential to Grateful Dead’s first ambitious/ experimental studio recordings “Anthem of The Sun” and “Aoxomoxoa,” and tours.

Mark Karan, lead guitarist with Bob Weir’s Rat Dog and The Other Ones.

Slick Aguilar who played lead guitar in Jefferson Starship & KBC for 26 years and with David Crosby Band before that. He is also a charter member of The Airplane Family.

LIVE DEAD ‘69 has acquired a stellar, heady reputation, first performing the classic “Live Dead” (recorded in 1969) in its entirety; then, applying Grateful Dead’s zeitgeist of extemporization and interpretive improvisation beyond an ever expanding repertoire, much of which is created entirely ‘in the moment’ – without rehearsal or traditional ‘preparation.’ They will perform and elaborate upon, Grateful Dead’s Woodstock set.