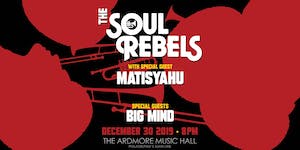 iCal
Google
Funky hip hop goodness out of New Orleans, featuring a sit in with the one and only Matisyahu. Seated options available! 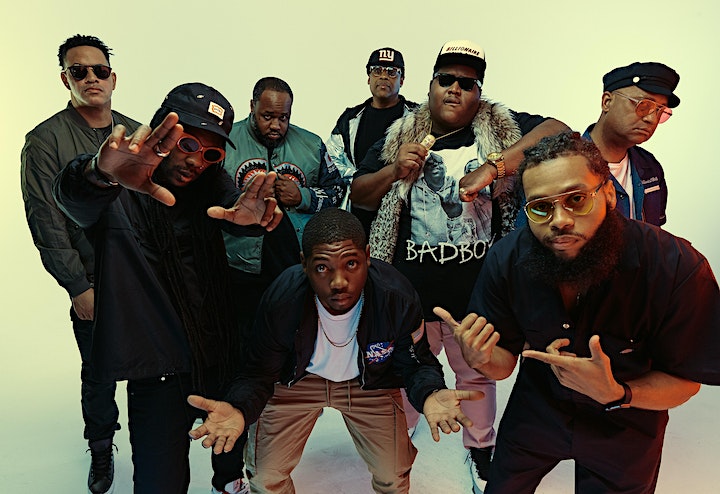 Wow, this one is going to be 🔥🔥🔥. New Orleans always brings the party, so we are bringing the party to Ardmore with New Orleans Brass legends The Soul Rebels at The Ardmore Music Hall on Philadelphia's mainline on December 30th.

If that wasn't enough, we decided to bring Reggae superstar Matisyahu to the party to kick it up one more notch!

The Soul Rebels started with an idea -to expand upon the pop music they loved on the radio and the New Orleans brass tradition they grew up on. They took that tradition and blended funk and soul with elements of hip hop, jazz and rock all within a brass band context. The band has built a career around an eclectic live show that harnesses the power of horns and drums in a deep pocket funk party-like atmosphere. The Soul Rebels continue to chart new territory as they feature in major films, tour globally, and combine topnotch musicianship with songs that celebrate dancing, life, funk and soul.Most recently The Soul Rebels wrapped up recording for their upcoming fall 2019 album, Poetry in Motion. The album will put the band front and center and showcase the wide breadth of musical genres and special collaborations that have come to identify the musically chameleon-like band.

Philadelphia-based, reggae rock fusion band, Big Mind, is an ensemble of musicians which originally formed in 2016. Members of Big Mind work collaboratively to create a unique sound that is based in reggae but also borrows elements from a diverse array of genres.