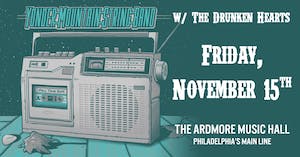 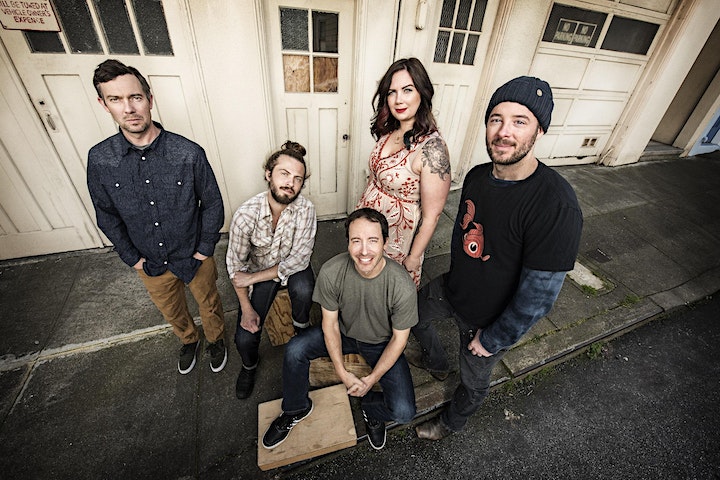 Yonder Mountain String Band's first new album in two years, LOVE. AIN'T LOVE is undeniably the Colorado-based progressive bluegrass outfit's most surprising, creative, and yes, energetic studio excursion to date. Songs like "Chasing My Tail" and "Alison" are rooted in tradition but as current as tomorrow, animated by electrifying performance, vivid production, and the modernist power that has made Yonder one of the most popular live bands of their generation. Melding sophisticated songcraft, irrepressible spirit, and remarkable instrumental ability, LOVE. AIN'T LOVE is a testament to Yonder Mountain String Band's organic, dynamic, and intensely personal brand of contemporary bluegrass-fueled Americana.

"I think this is our best album yet," says Adam Aijala, guitarist.

"This lineup just keeps getting better," Aijala says. "The more gigs you get under your belt, the better you get. Obviously. But the confidence I have in these individual musicians, I'm amazed at some of the places we go together on stage."

LOVE. AIN'T LOVE is produced by Yonder Mountain String Band and longtime collaborator John McVey, with the majority of the album recorded at Coupe Studios in Yonder's home base of Boulder, CO. Aijala and McVey handled all of the album's mix and engineering at their respective home studios and while Yonder was on the road -- the second time a Yonder member has taken on the technical task.

"John taught me a lot when we worked together on our last album," Aijala says. "So this time around, I felt a lot more confident."

Like virtually all aspects of Yonder Mountain String Band's unlikely artistic methodology, LOVE. AIN'T LOVE is a fully collaborative effort, its original songs credited to the core founding trio of Aijala, Johnston, and Kaufmann, regardless of combination or specific input.

"I think it removes the jockeying for songs on a record," says Aijala. "We're all of the mind that even if one of us wrote a great song, if not for Yonder, would anyone get a chance to hear it? It works better this way. All three of us grew up playing team sports so we're team players -- everyone wants what's best for the band."

"It's a little more eclectic," Aijala says. "None of us grew up with bluegrass so there are always other influences in there. I think this record is a bit more reminiscent of our live show, with different genres and different types of songs."

Indeed, "Last of the Railroad Men" plays like a lost narrative country classic while the unprecedented "Groovin' Away" closes LOVE. AIN'T LOVE with a summery sense of joyous optimism. Yonder's first-ever original reggae song, the track stands out as yet another shining example of the band's lifelong commitment to anything-goes artistic freedom.

"There are no limits to what we do" says Aijala. "We'll try anything, if it feels good, we'll try it again."

In addition to the founding trio's songwriting efforts, Jolliff -- who arrived to play on BLACK SHEEP sessions and never left -- contributed a pair of fiery instrumentals and also lends vocals to a delightful cover of King Harvest's eternal "Dancing In The Moonlight."

"Allie sang a song that we wrote on BLACK SHEEP," Aijala says, "so we wanted to showcase Jake's vocals on this album. We've been playing 'Dancing in the Moonlight' in our live shows and whenever we play it people just light up. We always enjoy playing it, the harmonies are really good and Jake sings the hell out of it so we thought, why not put it on the record?"

2017 will see Yonder continue its seemingly endless touring, leading towards next year's 20th anniversary of their initial coming together, an irrefutably momentous occasion.

"When we were first starting, our creativity was rooted in rebelliousness. Now, there's a greater conscious awareness and attention to detail that we're bringing to our writing and recording. Our nature and instincts remain progressive. We're just doing it in a way that's sharper, more musical, and way more satisfying," says Ben Kaufmann.

With its melodic flair, expert technique, and forward-thinking fervor, LOVE. AIN'T LOVE is a strikingly assured and well-crafted manifestation of Yonder's matchless musical vision. Nearly two decades in, Yonder Mountain String Band is still utterly unto themselves, a one-of-a-kind, once-in-a-lifetime combo whose inventiveness, versatility, and sheer imagination shows no sign of winding down.

"We've talked about this," Aijala says, "and we all feel like we could play in Yonder until we can't play anymore. As long we still have new ideas, as long as we're still creating something that's fresh to us, I don't see any reason to stop." 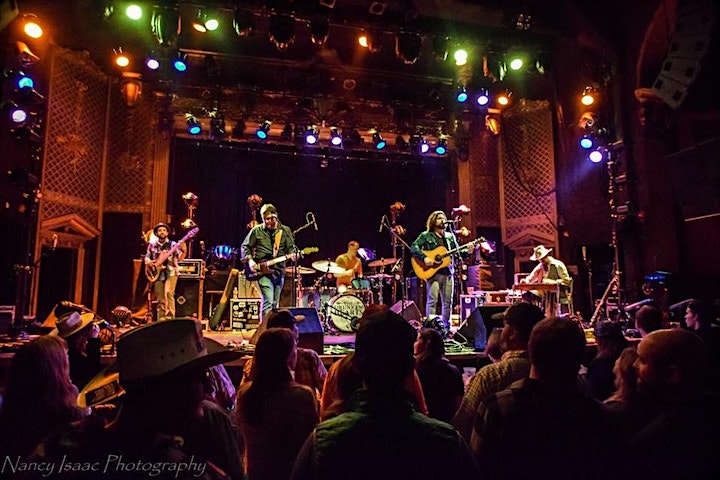 From their humble inception as an acoustic trio, The Drunken Hearts have evolved into an electric five-piece that is captivating audiences across the country. In those few years, the Colorado-based group has managed to make a name for itself in a state that is known for cultivating world-class music. The band fearlessly bottles a tempestuous, yet honest brand of Americana music — infusing spirited vocals with electric and acoustic instruments, and crafting heartfelt songs that are resonating with crowds everywhere.

Originally an outlet for lead singer and acoustic guitarist, Andrew McConathy, he knew in his heart the band must expand musically to satisfy a growing songbook of original material. It was this ideal that inspired a band capable of writing and performing songs that convey whispers of love and loss, while also delivering full-on rock anthems that chase down the American dream.

With this evolution, the band is releasing their most acclaimed album to date, The Prize, in March of 2018 — an album that fully realizes the unique yet familiar sound the five musicians evoke when they create and perform together night after night. The ten songs featured on The Prize seamlessly unite their poetic and thoughtful songwriting with impressive musicianship to bring each track alive. From the vulnerable and haunting, “Seasons,” to the rowdy honkytonk-inspired “Broken Things,” The Prize is a powerful statement to where The Drunken Hearts currently are, yet more importantly— where they are going.

Building on the release of The Prize, the band is touring the country from coast-to-coast, with stops at famed venues and festivals along the way. With notable performances at Electric Forest (MI), FloydFest (VA), Vertex (CO), Fayetteville Roots Fest (AR), Hangtown Music Festival (CA), Bohemian Nights at New West Fest (CO), Northwest String Summit (OR), and the band’s very own YarmonyGrass (CO), the band is very much at home on the festival circuit. Tyra Sutak of Elevation Outdoors Magazine described her experience as "Magnetic. It’s one of the only words my buddy and I could agree on to describe the feeling of the first time we caught Colorado-based band, The Drunken Hearts, live."